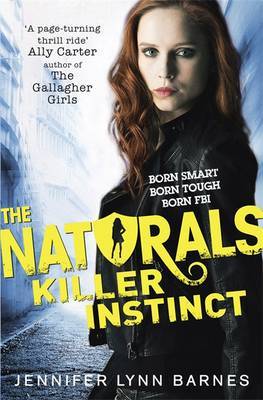 A young girl has been murdered, her body displayed on the front lawn of her university campus. The killing is vicious - and terrifyingly familiar. Someone is copying the methods of one of the country's most infamous serial killers: Dean's father. Back at the Naturals HQ, Cassie, Dean, Michael, Lia and Sloane are dealing with a new FBI agent - and Agent Sterling is determined to keep them out of trouble. But Dean knows too much about his father's crimes not to get involved, and his fellow Naturals won't let him face this alone. But as the bodies mount up, the Naturals find themselves in a deadly dangerous race against time...

Jennifer Lynn Barnes published her first novel at nineteen and is now the author of a dozen novels for young adults, including the Naturals and the Raised by Wolves series. She has advanced degrees in psychology, psychiatry and cognitive science.